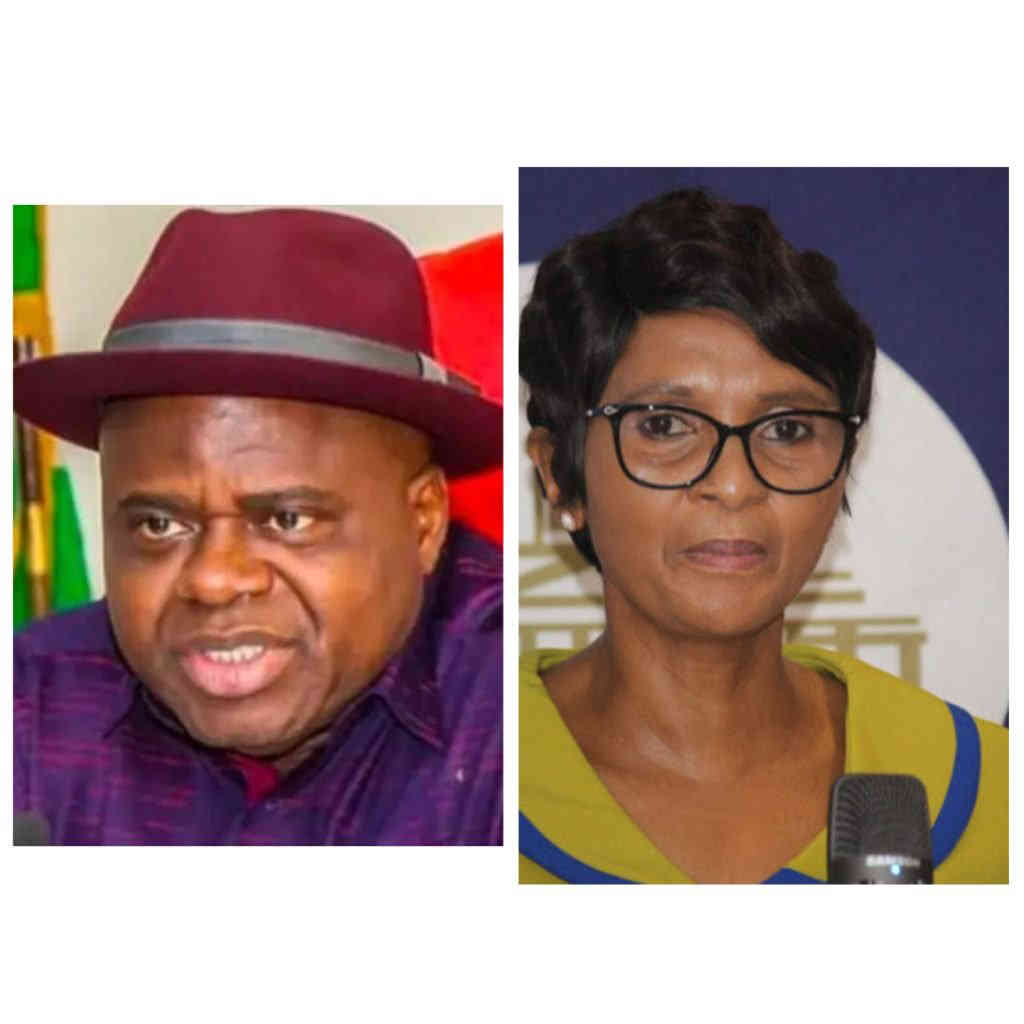 Dr. Kola Oredipe, the governor of Bayelsa State’s director of new media, has refuted the claim that Governor Douye Diri is responsible for the media leak of a nude video of the speaker of the State assembly, Zanele Sifuba.

Dr. Oredipe stated that “Let it be understood without any ambiguity that Governor Diri does not know the alleged woman at the centre of the story and has had no communication with her or any other relationship with her.

Sifuba apparently refused to pay a blackmailer R300,000 earlier this week, which led to the disclosure of a violent video of her.

Dr. Oredipe reiterated in a statement released on Saturday that Gov. Diri has not visited South Africa in the previous ten years. The statement was sent to newsmen.

The message disclosed that the alleged account is false and was only created on Thursday, November 10, 2022, and called the popular South African s*x story a mere distraction.

“Our attention has been drawn to a fake news story circulating online about Governor Douye Diri of Bayelsa State over an alleged nude video leak of a South African female lawmaker, Zanele Sifuba,” the statement adds.

For a story that first surfaced in South African media on October 31 and was initially connected to a “Nigerian youth,” it is clear that those responsible for the new twist created the parody account with the specific goal to damage the Bayelsa Governor’s reputation.

“Unfortunately, a few Nigerian internet sites hastened to broadcast the false news from the ‘Zanele Sifuba Facebook’ account without verifying the absurd charge against the governor of Bayelsa state.

“While we have read of an alleged attempt to blackmail her for R300,000, Governor Diri is unquestionably not the ‘young blackmailer.

“Ask why a governor of an oil-rich state would turn to blackmail for just R300,000” (about N8 million). This is utterly absurd.

“It is obvious that political troublemakers have ramped up their efforts in an effort to damage the reputation of a diligent, collected, peaceful, and focused governor of Bayelsa State.

“This tale is just another futile attempt to divert the man who has spent the previous six weeks devoting his time and energy to managing the horrific flood that ravaged Bayelsa and who is single-minded on his developmental programme for his state.

“The public is therefore urged to disregard the report because it is unfounded and has nothing to do with the governor of Bayelsa.

“Let it be known that posting lie has repercussions. The anonymity of social media platforms should not be used as a cover for defamation and character assassination, as doing so could have serious legal repercussions.

Sadly, those portals that are disseminating this unsubstantiated content have fell for the trap and its consequences.

Thanks for using our platform to learn about the latest Naija News on Zanele Sifuba Leaked Video: Bayelsa State Governor Cries Out