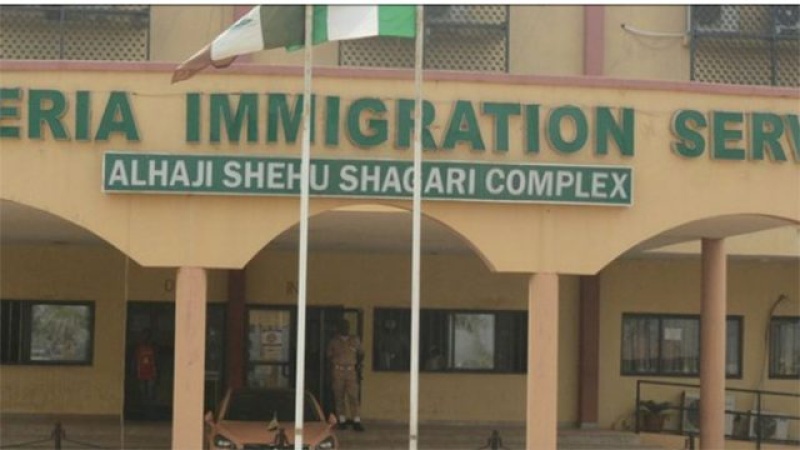 An officer of the Nigeria Immigration Service (NIS), Yemi Badru, who was allegedly assaulted on July 30, 2019, by a senior official, Nasir Umar, has lamented intimidation and denial of promotion by the service for reporting the incident.

Badru, a Deputy Superintendent of Immigration, had alleged that the Comptroller General of the NIS, Isa Idris, refused to allow him sit the service’s promotional examination despite being qualified, while Umar has been promoted twice since the incident occurred in 2019.

Expressing his frustration, Badru said: “The CG promised to allow me write the promotion examination, after one of the dailies’ intervention, but later threatened me with dismissal, if I don’t withdraw the criminal case against Umar Nasir Mohammed, who assaulted me. The NIS didn’t allow me to sit for the examination.

But responding, NIS Legal Adviser, Mallam Adamu said Badru, who was allegedly assaulted by Umar, is facing a disciplinary committee over some undisclosed issues.

Speaking, Adamu said: “To my knowledge, Badru has this case in three courts; in Federal High Court, Ikoyi, Lagos; National Industrial Court, Abuja and National Industrial Court, Lagos and apart from those cases in court, he has other disciplinary cases. The normal procedure when a person is facing a disciplinary case is that when a promotional examination is coming up, the person cannot be considered for promotion.

“For your information, immigration doesn’t promote, we have a board. If you’ve any pending case against anybody, the board decides who writes promotional examinations and who doesn’t. The decision taken by the disciplinary committee is not sacrosanct or binding until the board sanctions, and then it becomes the decision of the board. The board on its own then decides to overwrite any decision taken by the disciplinary committee.

So, for Badru to consistently say his going to the press over the assault is the reason for his not being promoted is not the truth. In his last letters, he wrote to the service, he quoted me repeatedly. To the best of my knowledge, those who are eligible to write the examination wrote it. Those who have genuine legal issues were considered and they wrote it with the eligible ones. So, anybody that hasn’t written the examination, and is still raising issues, the board is ready to listen to the person and will take the necessary decision. But I want a distinction to be made between the pending cases in court.

“As far as we are concerned, Badru doesn’t have a case against Nasir Umar, they both have a case against the service and the disciplinary committee sat and asked both of them to go and sort themselves out, but for Badru to say that Umar was favoured without fact to justify the allegation was wrong,” he added.