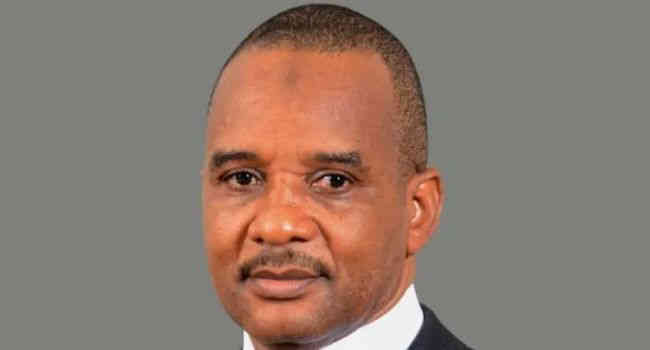 Bashir Jamoh, NIMASA boss, has written to the EFCC to investigate a N1.5trn fraud.

Bashir Jamoh, the Director-General of the Nigerian Maritime Administration and Safety Agency (NIMASA), has written to the Economic and Financial Crimes Commission (EFCC) requesting that the EFCC examine a N1.5 billion fraud allegation leveled against him.

Ude Jackson attributed the N1.5 trillion scam to Jamoh in a tweet on Saturday.

“NIMASA’s DG, Bashir Jamoh, has told his pals that he has no knowledge of N1.5 billion in any account.” And that the entire tale is a fabrication. I’m going to drop his receipt when I wake up. He simply ate the bait,” he continued.

Bashir Jamoh, on the other hand, asked the EFCC to thoroughly investigate the claim in a letter titled NIMASA2020/DG/EFCC/VOL1/09 so that the record could be made public.

“I’m writing to alert you of the following internet publications and tweets that have gone viral since Friday, May 21, 2021.

“The revelations stemmed from a series of tweets by one Jackson Ude, who claimed that N1.5 billion and another US$9,557,312.50 were tracked to my personal account.”

“The allegation of money laundering, which smears my integrity, character, and family name on social media, also suggested that security agencies summon the Governor of the Central Bank of Nigeria to explain why such large sums of money were transferred to my personal account rather than the Treasury Single Account.”

“In light of this serious allegation and its insidious and destructive impact on the government and the country, I respectfully request that your commission conduct a thorough and laborious investigation into the claim’s truth or accuracy.”

Thanks for reading NIMASA boss, Jamoh, has written to the EFCC to investigate a N1.5trn fraud.

2023: You’re Weak In Health, You Should Be Resting – Governor El-rufai Blasts Tinubu