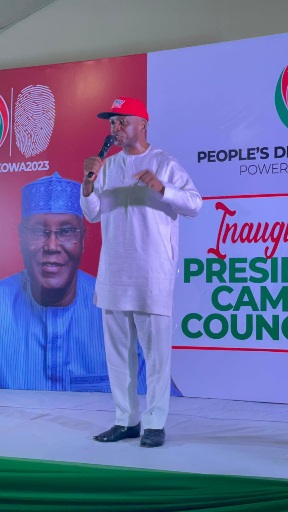 Addressing the members of the campaign council, the immediate past Governor of Cross River State, HE. Sen Liyel Imoke, who is a Deputy Director-General Operations of the National Campaign Council, stated that the party adopted the measure “to rescue Nigerians today because Nigeria is on life support that needs life saving from a ‘medical consultant’ not from a ‘medical house Officer’ and a medical doctor without license.”

Sen Imoke explained that candidates of Labor Party and All Progressive Congress can not be the medical consultant that would be able to resuscitate Nigeria because they lack the requisite experience.

Sen Imoke also stated that the campaign will be “operation deliver your polling units for all the candidates from the State house of Assemblies to the President” and that we must be able to first of all win the Presidential election to be assured of victory in the other elections.

In his address, Senator Gershom Bassey who is the state chairman of the Presidential Campaign Council, said that ”with the men and women of timber and calibre on the list and with today’s massive turn out to witness the inauguration,” he is very sure PDP will win all the elections.

Sen Bassey added that, “It is a task of recovering Nigeria from total collapse. Everyone is important and no one will be left behind, whether your name is on the list or not.” 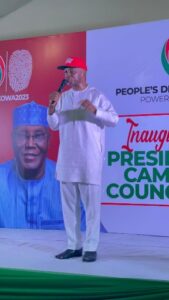 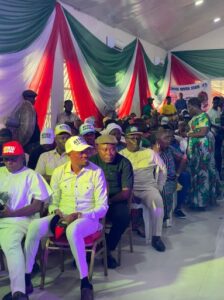 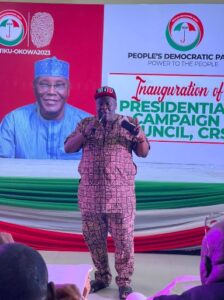 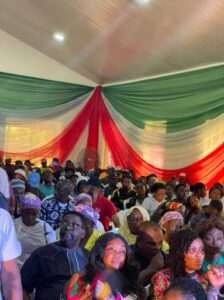 Members of the various committees includes the PDP’s State Executive Council and other leaders of the party in the state.