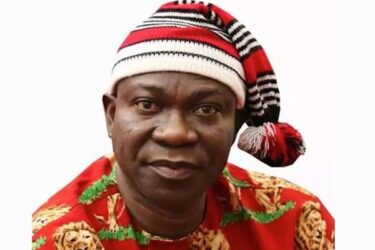 Ike Ekweremadu, who formerly served as Deputy President of the Senate, has decided not to run in the People’s Democratic Party (PDP) primary election for governor of Enugu, which will take place today.

His decision to sit out the contest came after Capt. Evarest Nnaji and Denge Joseph Onoh, two other potential candidates, withdrew from the competition.

Ekweremadu did not provide a reason for his withdrawal in a statement that was released by the Director-General of the Ikeoha Campaign Organisation, the Honorable Charles Ogbo Asogwa.

Despite this, he assured his followers that they would be informed of his subsequent choice.

The following is an excerpt from the statement that was released: “We wish to inform our supporters and Nigerians that the former Deputy President of the Senate and foremost governorship aspirant in Enugu State, Senator Ike Ekweremadu, will not be participating in the PDP governorship primary election scheduled for this Wednesday, May 25, 2022.”

“Meanwhile, we continue to trust God as we congratulate our teeming supporters and the good people of Enugu State for the immense amount of goodwill they have continuously put in the actualization of the “Pathway to a New Enugu State.”

“We strongly encourage them to maintain a peaceful stance and want them to know that we will keep them apprised of our decision regarding the next steps,”