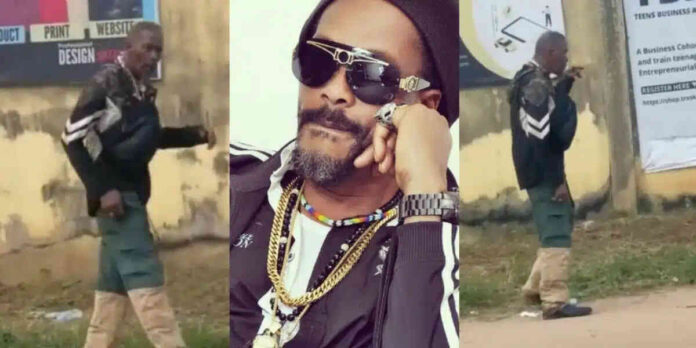 Hank Anuku, a seasoned Nollywood actor, has finally spoken out after distressing videos of him wandering the streets went viral online.

The actor attempted to reassure followers in a video shared on his Instagram account that everything is well with him and asked people not to write anything negative about him.

Anuku claims that he has been on set and warns anyone utilizing his images to damage his reputation.

After videos of the well-known Nigerian actor Hank Anuku wandering the streets and appearing haggard went viral, Anuku spoke out.

The actor addressed rumours that things have not been going well for him on his official Instagram page. He also shared a video on his IG story in which he did so.

In the video, the actor, who appeared displeased with the way his name had become popular, urged people not to write negative things about him.

The movie actor then issued a warning to anyone utilizing his images or photos of him on a set to damage his reputation. He asked the Holy Spirit to pardon them in his prayer.

Please tell all of these motherfu*ckers who are saying bad things about me to stop and to leave me alone.

“They can come to me if they want to perform in a movie or if they need help. I have been on set, and may the Holy Spirit pardon anyone who tried to damage my reputation by using those set photos or my own photographs. We will connect pretty shortly.

To his critics, he issued the command, “find Jesus and leave me alone”

Thanks for using our platform to learn about the latest Naija News on “Find Jesus and leave me alone”: Video as Hank Anuku finally breaks silence