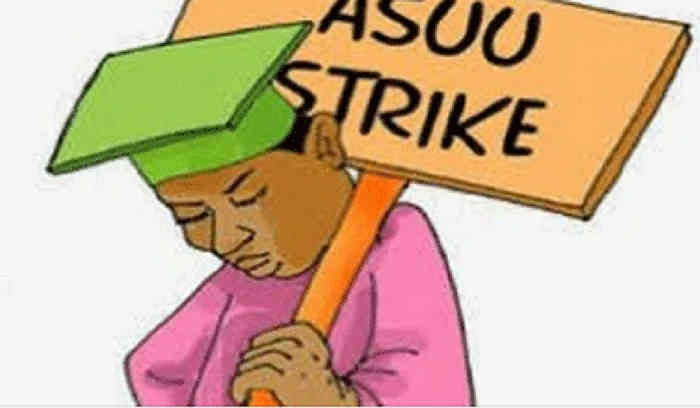 Leaders of Nigerian students continued to criticize President Muhammadu Buhari on Thursday due to the ongoing strike by the Academic Staff Union of Universities, ASUU.

As a result of their failure to end the strike in the prescribed two weeks, the leaders operating under the auspices of the Council of Student Union Presidents demanded that the President fire Ministers Adamu Adamu of education and Chris Ngige of labour and employment.

The CSUPs, which were made up of the presidents of the student union governments at more than 100 universities in Nigeria, also bemoaned the continued deaths of students caused by bandit attacks as a result of the strike-related extension of their time at home.

Ishaka Yahaya, the SUG President and Convener of CSUPs at the Federal University of Technology in Minna, warned that if the government did not put an end to the strike, there would be widespread unrest.

The two ministers were given a two-week deadline by Buhari to end the strike by ASUU and other university-based unions.

Due to what they claim is the Federal Government’s inability to meet their demands, ASUU went on strike on February 14 and was soon joined by other unions.

But Yahaya claimed that many students who were supposed to be in class but ended up working other jobs were abducted and killed as a result.

He urged the government to consider and address the demands of ASUU so that the students could go back to school.

“The adage that only the grass suffers when two elephants collide is true. It is clear from this argument that neither the Federal Government nor ASUU have anything to gain from a conflict.

“You would agree with us that the Nigerian students are the only unfortunate and innocent victims in this situation because they stand to lose everything.

Yahaya added that students from Nigeria, who ordinarily should be in school learning, were instead engaging in thuggery, drug abuse, and prostitution as a result of the strike action.

He claimed that because Nigerian campuses and students had been exposed to insecurities, kidnapping by bandits had become a daily occurrence.

He reported that the CSUP had written to the Ministry of Education, giving them seven days to come to an amicable agreement with their rivals, ASUU.

“We hereby appeal to the federal government to meet the demands of ASUU as soon as possible because failure to do so would force us to continue our peaceful protest despite the deteriorating security situation.

“Because living for nothing is preferable to dying for something. We also demand the immediate dismissal of the labour and education ministers,” he added.

Joshua Adankala, the SUG president at the University of Jos, also recalled the case of Ogbomosho, a 500-level student at the Ladoke Akintola University of Technology, who was abducted and killed after paying a ransom.

“A 500-level Rachael Opadele from the Department of Fine Arts was murdered yesterday (Wednesday) at LAUTECH. Because of the ASUU strike, she chose to work in a hotel instead of finishing her education, which is why she was abducted and killed after paying a ransom.

This is one of many that we are aware of. It is crucial for the government to comply with the demands of ASUU so that students can go back to school because they risk being killed while protesting, he said.

Naajim Gbefwi, the SUG president at Nasarawa State University in Keffi, urged the government to give priority to education for Nigerian students.

According to Gbefwi, the government should prioritise student education rather than giving money to another nation to buy cars.

That is the latest Naija News Today on ASUU Strike