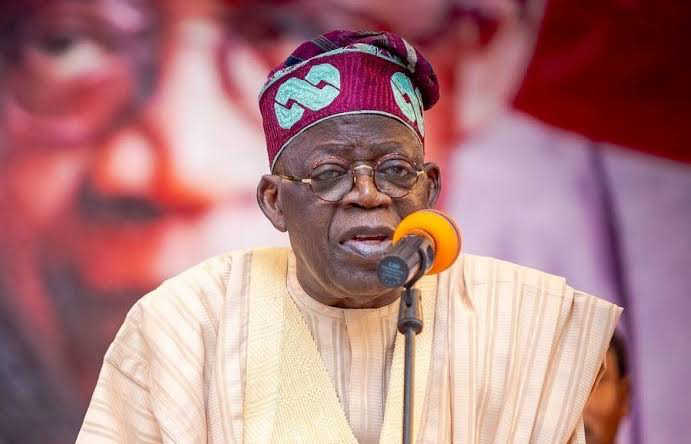 Bola Tinubu, the All Progressives Congress’ presidential candidate has received the support of Miyetti Allah.

The Miyetti Allah Kautai Hore social-cultural organization pledged support to the Bola Tinubu Muslim Muslim ticket stating that the APC presidential candidate promised to address the problem with the Livestock Intervention Programme and the recovery of the “450 grazing routes across the country.”

In a conversation with newsmen, the group’s secretary general, also known as Miyetti Allah, Mr. Saleh Alhassan, revealed this.

This online newspaper gathered that the contentious Rural Grazing Area Scheme, better known as RUGA, was suspended two years before the introduction of the Livestock Intervention Programme.

The Federal Government claimed that one of its goals was to resolve the ongoing farmer-herder conflict that exists across the nation.

Many southern states had advocated for ranching, arguing that since raising cattle was a private business, herders should purchase land and graze their animals there.

They also claimed that by doing so, the frequent conflicts between herders and farmers would be resolved.

Alhassan stated that a Tinubu administration would protect the interests of Fulani pastoralists. His organisation had previously endorsed the Tinubu/Shettima ticket.

He declared, “We wholeheartedly support Tinubu for president. We believed the Tinubu/Shettima administration would better defend our interests. The support for Tinubu’s candidacy was unanimous.

“Tinubu gave us the assurance that he would see to it that the National Livestock Development Plan of the current administration of the President, Muhammadu Buhari, was carried out.

This plan calls for modernizing the livestock sub-sector and addressing the problem of cattle rustling and kidnapping allegations between herders and farmers.

“Across the nation, there will be more ranches, peculiar breeding sites, and the creeping sedentarization of the nomadic herders. We are hoping for the Tinubu/Shettima presidency to achieve this.

“The starting points for any contemporary ranch one wants to create in this area are the 450 grazing routes, the most of which are found in the North. These are spaces set aside for herders to conduct business related to the rearing of cattle.

“If Nigeria is to begin any type of modernization, it should start with the grazing areas set aside for livestock producers during the First Republic. We need to take land concerns seriously because we cannot construct ranches on empty space. Tinubu has pledged to deal with this.