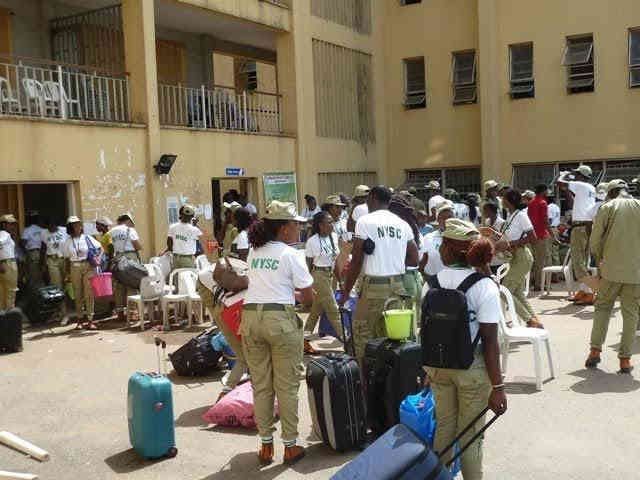 Here are the 10 States that have the Best NYSC Orientation Camps in Nigeria.

Are you a prospective NYSC member looking for the Best NYSC Orientation Camps in Nigeria.   If your answer is yes, then this article is all that you need to read today.

Nigerian troops train corps members for a total of 21 days at the National Youth Service Corps (NYSC) orientation Camps before dispatching them to their various Places of Primary Assignment (PoPA) (PPA). A few orienteering Campss are in excellent shape, whilst others are not up to par in terms of appearance. We addressed the top states for your NYSC in our previous post; therefore, this piece will focus on the ten (10) states in Nigeria that have the best NYSC orientation Camps.

Following graduation from a postsecondary institution, students are required to participate in the National Youth Service Corps (NYSC) programme for one year. Due to the fact that NYSC is a national duty, Corps members are compensated with a monthly stipend.

NYSC Orientation Campss are located in every state in Nigeria, and each Camps has its own set of perks and cons. Prospective corps members, on the other hand, will be unable to select a Camps because placement is determined at random.

Prospective corps members are required to select four (4) different states for their service year during the NYSC online registration process; after making their selections, the NYSC management determines where they will be sent.

Despite the fact that corps members have little control over where they are assigned, it is nevertheless crucial for them to be aware of which states offer the greatest Camps because this information can serve as a guide, particularly when selecting states of preference.

The following are the states with the best National Youth Service Corps orientation Campss:

The NYSC Permanent Orientation Camps in Lagos State is located at Iyana Ipaja, Agege, Lagos State, and is managed by the National Youth Service Corps.

Continue down the road on the right where you were stopped, or ask people at the bus stop for directions to the nysc Camps and they will point you in the right direction if you ask them.

Osun State is the second state on the list, behind Lagos. Aisu College Hospital Road, Ede North Local Government Area, Ede, Osun State is the location of the NYSC Permanent Orientation Camps in the state of Osun.

Detailed directions on how to get to Osun State Camps.

From Osogbo, board a bus bound for Ede and, as soon as the vehicle arrives at its destination, look for a bike that will transport you directly to the NYSC orientation Camps for a fee of 100 to 150 naira.

To get to the Camps from Lagos, Ibadan, Kogi, Abeokuta or Abuja, board a bus bound for Osun state and tell the driver that you want to stop at Gbogan. From Gbogan, you will take a direct bus to the Camps which is only a few kilometres away.

Jigawa State ranks in second place on the list of states with the best NYSC orientation Camps, following Osun State. A permanent orientation Camps for the National Youth Service Corps (NYSC) in Jigawa State is located across from the Army Barracks in the Fanisua Dutse Local Government Area of the state.

Detailed directions to Jigawa State Camps via the highway.

Take a bus from Kano to Dutse, and tell the driver that you’ll be stopping at the NYSC orientation Camps in Fanisau on the way. The journey will take approximately 1 hour 30 minutes. The Camps is directly across the street from an Army barracks.

Katsina state is also one of the top ten states in Nigeria in terms of the quality of its NYSC orientation Camps. It is located at the Youth Multi-purpose Centre/NYSC Permanent Orientation Camps on Mani Road in Katsina State, which serves as a permanent orientation Camps for the National Youth Service Corps.

From Kano, take a bus to Katsina, and from the park in Katsina, you’ll be able to rent a bike and ride straight to the Camps, which is located on Mani road.

In order to discover the Kebbi state Camps

See this page for further information.
From Mando Park in Kaduna, board a vehicle bound for Yauri/Kontagora and drop off at Yauri station. Get into a car that will take you to Koko from Yauri. After dropping off your belongings at Koko, take a direct cab to the orientation Camps, which is located at Dakingari. To go to Koko, you must first take a vehicle to Kontagora, Niger state, where you must then board another vehicle that will take you to Koko.

After dropping off at the Koko intersection, take a direct cab to the orientation Camps, which is located at Dakingari, where you will be staying.

It is located near Kusala Dam, Karaye, Karaye Local Government, Kano State, and serves as a permanent orientation Camps for the National Youth Service Corps.

Directions on the road

Tell the driver to drop you off at Unguwa uku while you’re on your way to Kano state. When he comes to a halt, you will notice buses ready to transport people to Karaye Camps for a fee ranging from 500 to 700 naira. Even if the driver did not stop you at Unguwa uku, you should proceed to the final bus stop, Sabon-gari park at the new road, where you can take a Keke to Bata for 50 to 70 naira (depending on the distance). Once you’ve arrived at Kabuga park, take a bus to Karaye Camps, which will drop you off near the Camps.

Finding the Ogun State Camps by Car: A Road Map

9. Plateau State Camps is number nine on the list.

You may go to the orientation Camps from Jos by using a direct bus that costs 500 naira and stops at various points along the way. It will take 45 minutes to an hour to travel there and back.

From Gombe Park, take a direct bus to the Camps’s entrance. The orientation Camps will be held at the Science Technical College in Amanda, which is located at kilometre 21 of the Gombe-Bauchi Highway, close to the Gombe International Airport.