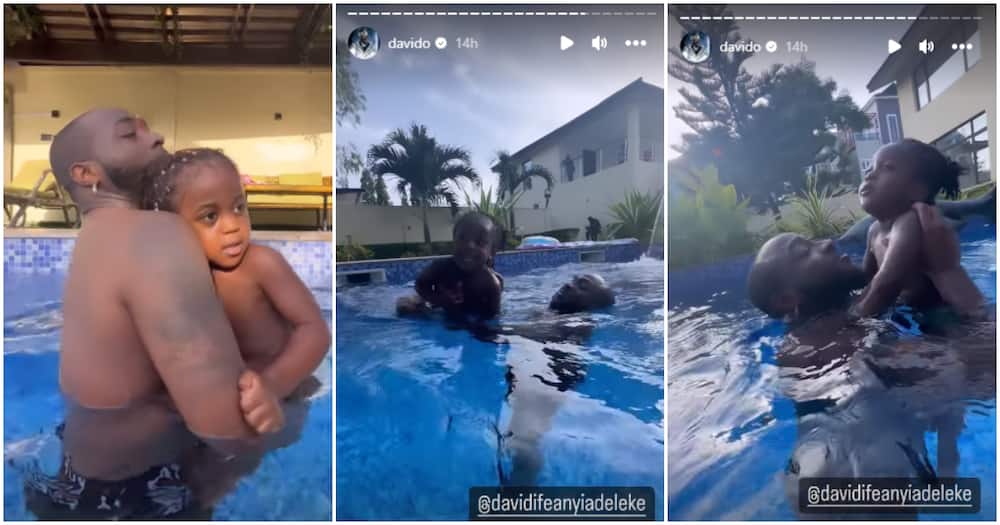 Ifeanyi’s Shocking Death: How Davido Almost Took Off His Clothes and Attempted To Flee Into The Streets

It appears that Ifeanyi Adeleke, the son of well-known musician Davido and his fiancée, Chioma Rowland, may have drowned in the swimming pool at his father’s home in the Banana Island region of Lagos State. If so, the police may perform an autopsy to ascertain this.

An impeccable source, who confirmed the development, said it was standard practice for the police to conduct an autopsy in such a case, adding, however, that the police would desist from the move if the deceased family members were against it.

“Though the family members are not saying anything yet because they are still in shock but until anybody says stop, the standard procedure is to conduct an autopsy and we are going to follow that procedure just like in any case of death,” the source said.

How Ifeanyi Adeleke Left The House, Walked To The Back And Was Found At The Bottom of The Swimming Pool

Explaining further, the source said out of the eight domestic workers interrogated by the police in connection with Ifeanyi’s death, the cook and nanny, whose job was to cater for the wellbeing of the three-year-old boy, had been detained for reasons including the failure to uphold the duty of care of the minor.

The source said, “It was the work of the nanny to take care of the child (Ifeanyi); the nanny was negligent or how could the boy have left the house without her knowledge?

“They have deposited his corpse in the mortuary for an autopsy to reveal the cause of death. All the domestic workers at home when the incident happened have been questioned by the police but only the nanny and cook were detained.

Confirming the detention of the two domestic workers, the spokesperson for the Lagos State Police Command, SP Benjamin Hundeyin, when contacted, said, “I spoke with the DPO and he said the nanny and the cook have been detained. Other domestic workers brought in for questioning were released”.

How Ifeanyi Adeleke Left The House, Walked To The Back And Was Found At The Bottom of The Swimming Pool