Peter Obi Manifesto: Why it is Taking so Long? Here is What we know 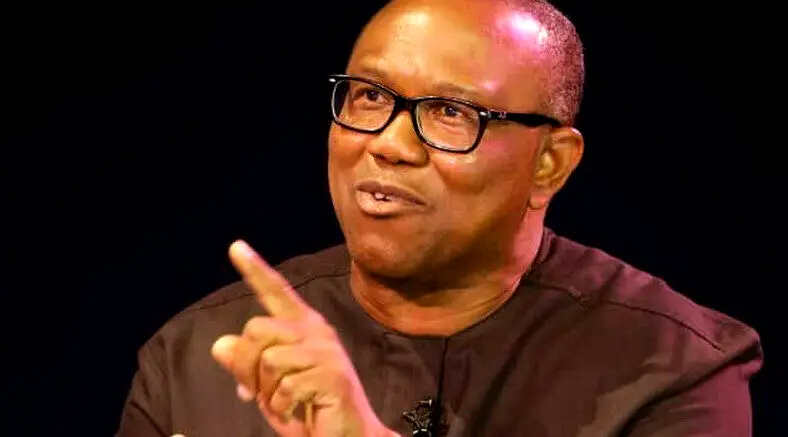 Labour Party has disclosed the cause of the delay in releasing it’s Presidential Candidate, Peter Obi manifesto .

He claims that the Labour Party is not in a rush to release its manifesto because the 2023 general elections are just the beginning for them.

According to Abure, although candidates have made a variety of promises and presented beautiful manifestos, this election is not about making promises.

According to information gathered by ejesgist.ng , Abure said  “I want to say clearly that we have a convergence between the party and the candidates on the issues that we are canvassing for the 2023 general elections.

We have reached a consensus on the subject of security, as well as on other issues like national unity and the economy. I think we have matched the candidates’ positions.”

“As a result, the positions of the spokespersons for the party and the campaign council are essentially identical.

I concur that a number of promises have been made in the past. Because of this, we have persisted in stating that 2023 will not just be about the promises made. The history, lineage, and character of those involved should also be considered.

“For us, 2023 involves more than just making internal commitments. We have seen people with beautiful manifestos and who have made promises, so we have not been in a rush to release the manifesto.

Peter Obi Manifesto – why it is Delayed

The Labour Party chair explained that people are fed up with the current political system while discussing the party’s popularity surge.

Abure noted that the current state of politics is an example of how people eventually learn to get rid of products that do not meet their needs.

Peter Obi, the party’s candidate, is the only presidential candidate in his opinion who possesses the skills and ability to spur development, according to him as well.

Also Read: APC Lists condition Before Tinubu can participate in a Debate with Peter Obi

“The uptick in support we have been seeing is clear evidence that people want change,” he argued.

They want the nation’s top presidential contender by 2023. Due to its ideology, platform, and programmes, the party is also among the best in the city.

“Among the group of presidential candidates, our candidate is the only one who possesses the skills, moral fibre, and ability to lead the nation’s development process.

“This is why the public has been so supportive of us. We are going to travel to more states over the coming weeks.

We intend to do the same thing by speaking with workers, as we did in Edo when we visited three senatorial districts. We have only just started.

When we start visiting higher education institutions, we will soon notice a lot of road shows, town hall meetings, seminars, and campus visits.

“The goal is to mobilise Nigerians as a whole to support the party in elections next year.

We are confident that we have the plans, strategies, plans, solutions, and solutions to the many problems the nation is currently facing.

We will inform the populace that Labour Party has the most innovative ideas to reshape the economy, the healthcare industry, and the nation for efficient service delivery.