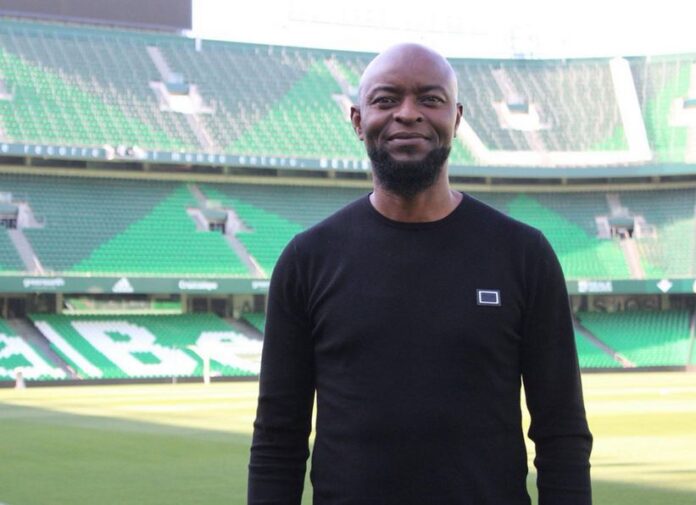 I Lobbied Pepe’s Jersey For My Son – Finidi George

After the Portugal vs. Nigeria game on Thursday night, Super Eagles assistant coach Finidi George admitted that he lobbied for the jersey of Portuguese defender Pepe out of concern for his son.

The veteran footballer faced backlash after videos of him allegedly challenging Moses Simon of the Super Eagles for Pepe’s shirt went viral.

After Nigeria lost the game 4-0, his detractors claimed that he shown a lack of humanity.

Finidi claimed he was misunderstood when talking to newsmen about what happened at the Estadio Jose Alavavade.

He claimed, “My son asked me two weeks ago if it was possible to obtain the jersey of Ronaldo or Pepe because he is a huge Real Madrid fan, and I told him I will try.

Finidi stated “When we arrived on the field, we knew Ronaldo would not start because he was ill.

I therefore asked Pepe in the tunnel if I could have the shirt for my son after the game. He then assured me that was okay.

I went to remind him of what we said in the tunnel before the game when I saw him changing his shirt with one of the players after the game, Finidi Added.

The 51-year-old continued by saying that he has long since moved past star-struckness and snatching up jerseys for his own use.

Hoodlums on Rampage destroy Tinubu’s billboards in Osun, one day after...

Hoodlums destroy Tinubu’s billboards in Osun Hoodlums in Osun State tore down billboards that promoted Bola Tinubu, the presidential candidate of the All Progressives Congress...