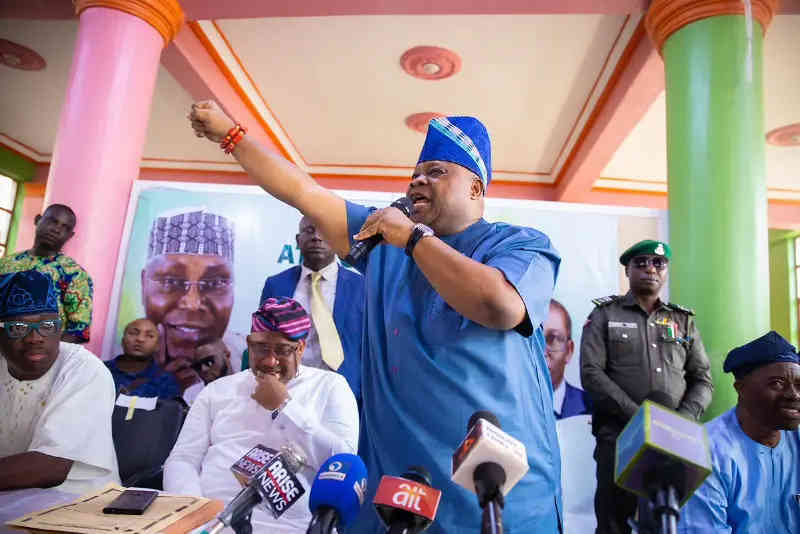 The Osun State Election Petition Tribunal, which was hearing the petition of former Governor Adegboyega Oyetola challenging the victory of Governor Ademola Adeleke, rejected Adeleke’s blurry school certificates when they were presented by the Independent National Electoral Commission (INEC). Oyetola’s petition challenged Adeleke’s legitimacy as the winner of the election.

After the Osun branch of INEC refused to present the certificate, the chairman of the panel, Justice Tertse Kume, compelled the INEC headquarters to present Adeleke’s certificates during the most recent sitting.

On Thursday, when the sitting was resumed, counsel for INEC, Professor Paul Ananaba, informed the Tribunal that the commission’s chair had instructed the deputy director, Mrs. Joan Arabs, to bring the Certified True Copies of the documents. Mrs. Joan Arabs was accompanied by the documents.

However, Lateef Fagbemi, SAN, the lead counsel for Oyetola and the All Progressives Congress (APC), told the court that N305,000 was paid for the documents.

It has come to his attention that two of the pages of the documents that INEC has presented to the court are illegible and blurred.

He stated that the information on the WAEC General Certificate of Education (GCE) was illegible, except for the signer’s name, and that the testimonial obtained from Ede Muslim Grammar School was unclear.

Ananaba stated that he is unable to answer any questions regarding the legibility of the documents that were brought into the sitting by the commission.

According to Fagbemi, the scores of the candidate that were printed on the certificate were not legible, and he stated, “We feel worried and frustrated that INEC did not bring clean copies of the documents.” The scores were not included on the Certificate that was brought, and we will not be managing the documents that were brought by INEC even though they are illegible.

“Also, the testimonial did not include the address of the educational institution that was attended. Therefore, the certificates that can be read must be produced.

After the two sides presented their arguments, Justice Kume postponed the case until Saturday, December 3, 2022, so that the INEC could present the court with more concise documents.