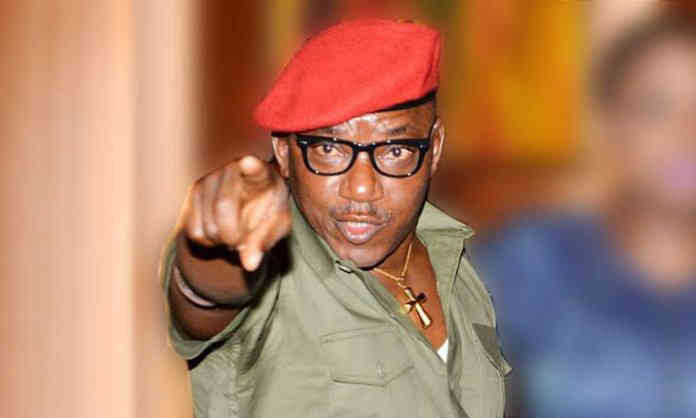 You’re Merely President’s Wife, You Have No Power To Order Arrest Of Any Nigerian – Ex-Minister, Solomon Dalung Lambasts Aisha Buhari

He criticised Aisha Buhari for arresting and torturing Aminu Mohammed, a final-year student at the Federal University of Dutse.

Muhammad, a student at Federal University in Dutse, was allegedly attacked, detained, and placed on remand after criticising Aisha Buhari, the first lady of Nigeria.

This online newspaper had earlier reported that Muhammed had been secretly arraigned by the police before a Federal Capital Territory High Court and had been remanded in custody.

After tweeting that Aisha was getting fat off the money of the poor, Muhammad was taken into custody.

In June 2022, a final-year student in the Department of Environmental Management and Toxicology tweeted that Mrs. Buhari had gained weight unexpectedly after participating in the theft of the country’s meagre resources while the people suffered under her husband’s rule.

The tweet’s loose translation is “Mama has eaten poor people’s money and is now full,” and it was posted alongside a photo of Mrs. Buhari.

However, Mr. Dalung noted in a Facebook Live video on Tuesday that Nigerians did not elect President Muhammadu Buhari to office for them to be oppressed. He condemned the first lady’s action.

He added that the president’s wife is not more important than other Nigerians and that Aisha’s actions posed a serious threat to democracy.

Let me categorically condemn the tyranny, the abuse of power, and the dictatorship emanating from the Aso Rock, which serves as Nigeria’s seat of power, Dalung said.

Every right-thinking person in the world should strongly condemn the disheartening reports of Hajiya Aisha Buhari, the president’s wife, using security to kidnap innocent Nigerians, beat them mercilessly, and then hand them over to security to be detained.

“It is unfortunate that this is taking place while President Muhammadu Buhari is in office.

Democracy is gravely threatened by it. Except for the fact that she is the president’s wife, every other Nigerian is the same as her.

“That she went out of her way to kidnap Aminu Mohammed, a 400-level student from [Federal University Dutse] Jigawa, and also abducted someone with whom she had previously worked, Zainab Kazeem, and brought them to the Villa, instructed her security to beat them ruthlessly, and then handed them over to be detained by the security forces of Nigeria.

This is extremely depressing and shameful. Any arrest of a Nigerian cannot be ordered by Aisha Buhari.

She has no advantage to circumvent the law simply because she is married to the president of Nigeria.

Mr. Dalung requested that the Inspector General of Police launch an investigation and summon the woman to testify.

“If the two defendants broke the law, her only recourse is to call the police in for questioning.

However, it is against the law to kidnap them, take them to the presidential villa, and arrange for security personnel to beat them up.

The Inspector General of Police must invite Aisha Buhari for an investigation and questioning because she lacks immunity.

“For those Nigerian citizens whose rights have been violated, let it be known that every effort will be made to secure their release, and we will fight against this injustice until they receive the just compensation required by law.

“Aisha is a recipient of Nigerians’ goodwill. Common people raised money for her husband’s campaign by selling their possessions, purchasing cards, scratching them, and sending money. They wanted to be her slaves, so they refrained from doing that.

““Nigerians did not suffer to elect Buhari just for Aisha to establish herself as a terror in the state house and start abducting and beating defenceless citizens,” Dalung Added.

You have taken on more than you can handle. And I want to reassure you that the national and international human rights communities will mobilise all available resources to see that Aminu Mohammed and Zainab Kazeem receive justice.

“Within the next 24 hours, the security organisations holding these two people must free them.”

If you fail to do this, we will, of course, use all legal means at our disposal to enforce and expose all forces responsible,” he warned.

“Aisha, as the president’s wife, is not concerned about the abductions of secondary school girls in FGGC Yauri who are now married to bandits,” the former minister continued.

She does not give a damn about the Christian women who were abducted in Southern Kaduna and are still there, more than six months later.

The kidnapping of students at an Islamic school in Niger does not worry her. She has no qualms about torching a bus headed to Sokoto, where bandits burned people to death. She is only interested in her own self-serving interests,” he continued.