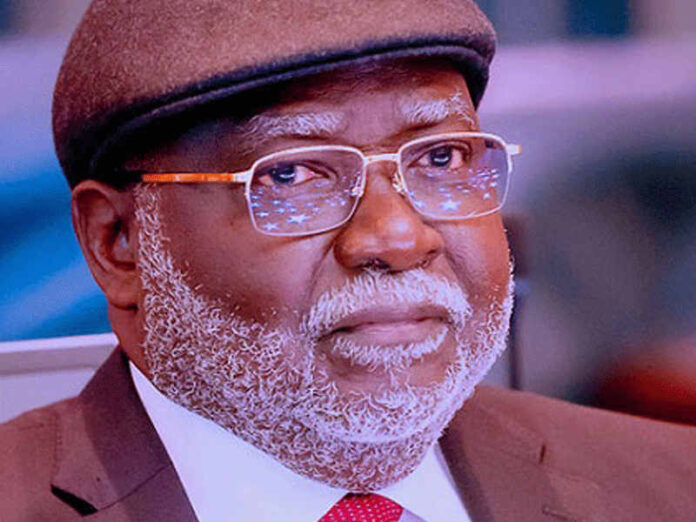 For his comment on the Peoples Democratic Party G5 Governors, the Chief Justice of Nigeria, Olukayode Ariwoola, should resign from office, a coalition of 52 northern groups advised on Thursday.

The organisation said the country cannot have a successful democracy without a fair and impartial judiciary.

The 52 Arewa socio-cultural groups made the demand at a briefing in Abuja, days after the CJN expressed happiness that Governor Seyi Makinde of Oyo State aligned himself with the PDP G5 governors led by Nyesom Wike of Rivers State.

The comment of the CJN during the inauguration of a project built by Wike, had sparked controversies, with some individuals and groups alleging that it smacked of partisanship.

But the Director of Press and Public Relations in Supreme Court, Dr. Festus Akande, had exonerated the CJN, saying his comment was twisted.

He had said, “Issues bordering on misconceptions and misrepresentations of this nature are not always strange in times like this when the country is preparing for general elections, as some people may want to take advantage of every opportunity to score very cheap goals. As we all know, this is the era of aggressive and even unconventional politicking, so, there’s nothing that will not be heard or seen at this crucial time, especially between now and February 2023, when the general elections will be conducted.

“People say whatever they choose to say, just to please their selfish interests and inordinate desires. We can’t really pinpoint where such barefaced falsehood is coming from; and certainly, we don’t also know at what point the CJN said he was happy that Governor Seyi Makinde of Oyo State was a member of the now christened ‘Integrity Group’ or “G-5 Governors,” the group said.

However, the National Coordinator of CNG, Jamilu Aliyu Charanchi, disagreed, saying the CJN’s perceived gaffe had confirmed the assertion that some judges were no better than politicians in black robes.

While describing Ariwoola’s comment as a “ridiculous and blatant” attempt to drag the entire judiciary into partisanship, Charanchi regretted that despite the public outcry generated by the comments of the CJN in many circles, the National Judicial Council, the Executive, nor the Legislative arms of the Federal Government have reacted.

“The CNG hereby unequivocally condemn with all our might any such attempts by the government to condone highly placed judicial officers who abuse the judicial independence which is critical to fairness and impartiality and free from outside pressures or inducements.

“We call for the immediate resignation of Mr. Ariwoola from the position of the Chief Justice of Nigeria and an unconditional apology to Nigerians for the embarrassment caused.

“We call on the Legislative and executive arms of government to come out of their present docility by imitating urgent processes for stripping the Ariwoola of the title of the CJN in order to restore the integrity of the judiciary and reclaim public confidence in the Justice system.”

According to him, the CNG was concerned that Justice Ariwoola had cast serious doubts around his personal integrity and the expectations for the judiciary to maintain neutrality in whatever circumstances.

Charanchi added, “This remark has clearly exposed the Chief Justice of Nigeria as incapable or unprepared to dispense impartial Justice in accordance with the constitution of the federal republic of Nigeria, 1999 (as amended) which further expose the federal government incapacity and/ or lacking in the political will and capacity to check action that are detrimental to such.

“If the Chief dispenser of Justice would so callously expose his parson and by implication, the nation’s judiciary to such level of moral and ethical corruption by being outright partisan, the court shall cease to be the temple of justice and the last hope for the nation, a development that is detrimental to the healthy growth of our country’s democracy.

“For whatever intent and purposes and despite attempts by aides at a belated whitewash, the CJN’s remark is an unambiguous and deliberate expression of partial interest in certain active political formations.

“By this tacit endorsement of a section of the political community, the CJN has inadvertently drowned the nation’s judiciary deep into the murky waters of the kind of cut throat politics the likes of Governor Nyesom Wike are known for.

“The CNG therefore finds it unacceptable for the CJN to continue in that position after presenting himself as an active player in a particular team thereby completely destroying the reality and appearance of a fair and impartial, non-partisan justice administration system.