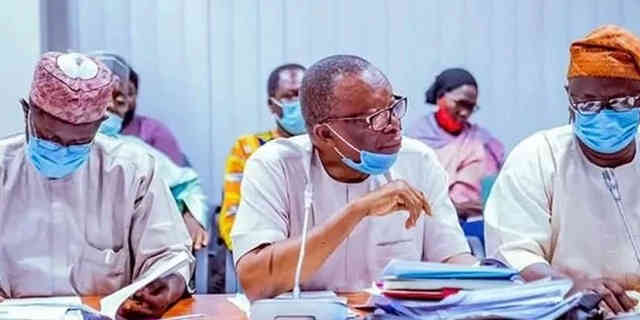 The Minister for Labour and Productivity has been called for immediate dismissal by the Academic Staff Union of Universities who claims he has made the standoff between the government and ASUU worse.

Professor Chike Ugwuene, Chairman of ASUU, Michael Okpara University of Agriculture Umudike, MOUAU, accused Ngige of “Divide and Rule” and “pro-rata payment of salaries” during a rally by ASUU members at the university.

He lamented the Minister’s inability to assist in resolving the ongoing dispute between the union and the Federal Government.

According to Professor Ugwuene, the Federal Government does not care about lecturers, which is why it has not complied with the demands of ASUU.

He regretted that, despite the lecturers’ decision to end the strike out of respect for the court and return to the classroom in the belief that the government would uphold its end of the bargain, ASUU only received half of what it had offered in return.

The ASUU leader claimed that the government had driven the organization’s members up against a brick wall and that they may have no choice but to “break the wall.”

He argued that the Government’s refusal to pay for the months of the strike was hollow because the lecturers were clearing the academic works that had been suspended due to the strike.

“The government rewarded us for returning by paying us pro-rata as if we were casual workers. We were reduced by the government.

“In MOUAU, we began with 2021/2022 exams, but the government adopted the policy of “no work, no pay.” We have demonstrated enough patriotism to prevent the start of “no pay, no work.”

Speaking at the rally, Professor Emmanuel Osodeke, National Chairman of ASUU, urged the government to stop playing games with academics and the education industry.

To prevent the education sector’s complete collapse, he pleaded with the government to pay attention to ASUU’s demands.

Also Read: ASUU News: Get ready for the “mother of all strikes” ASUU Threatens to Invoke No Pay, No work

But according to Osodoke, ASUU was still victorious because “the federal government has budgeted N470 billion for Nigerian universities.”

He urged the government to adhere to all of its agreements with ASUU and charged that it was holding up education.

Comrade Uzo Onyebinama, the Owerri Zone’s zonal coordinator, had earlier stated that government, not ASUU, should be held accountable for anything that happened to the education sector.

“We borrow money and rely on borrowing to make ends meet. Although we are not workers, the struggle goes on, he said.

Professors Irene Ejeh and C. O. Offor urged the federal government to do everything in its power to enhance the circumstances of the nation’s universities in their respective lectures.

The lecturers marched around campus singing songs of solidarity while holding placards with various inscriptions.

We are rejecting it, “Nigerians beware of Ngige – enemy of education,” “Education is the bedrock of developing nation,” “On NIMI Briggs agreement we stand,” and other phrases were written on the signs.

Thanks for using our platform to learn about the latest Naija News on Sack Ngige now, ASUU tells Buhari